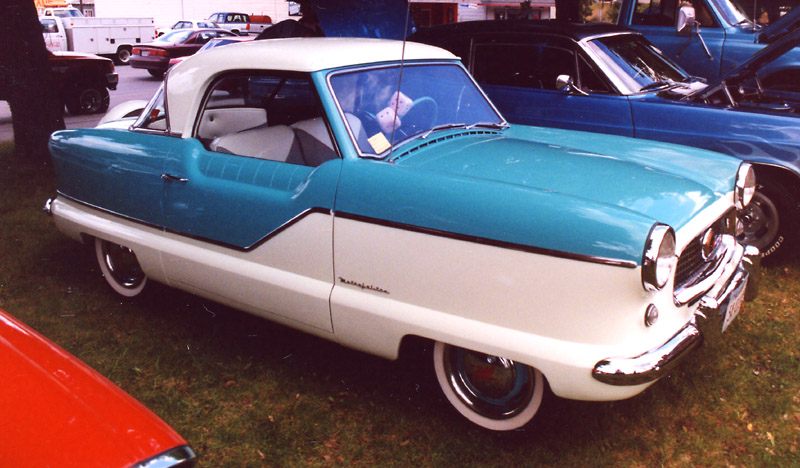 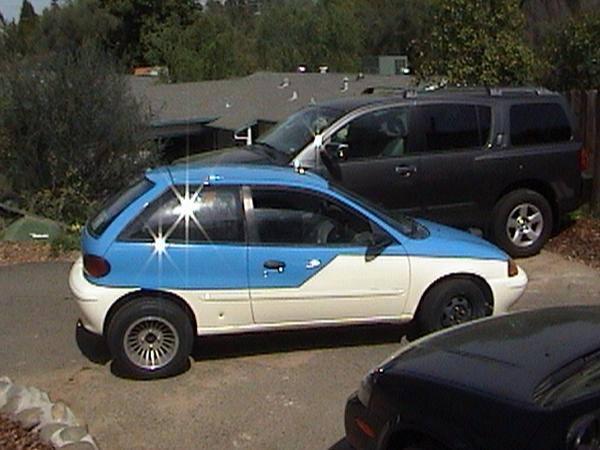 The rear rims are from a Mustang, I was looking for cheap 14" rims on craigslist and found these.  The wideness compared to the stock 13" metro rims is a happy accident.  I couldn't steer with the alloys on the front, and I'm looking at the slightly tilted stance, with the Big Daddy Roth effect in the back, and It was meant to be.  I love blurring the line between seriousness and joking. 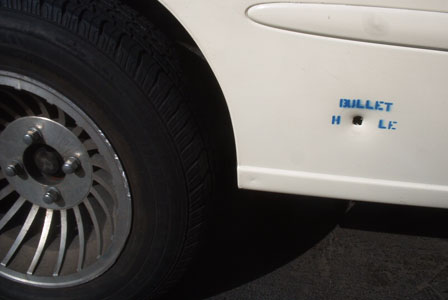 Not really a bullet hole, but i like the way it looked, so I didnt bondo it up.  I used my ancient stencil cutter and airbrush to give it that "urban" look 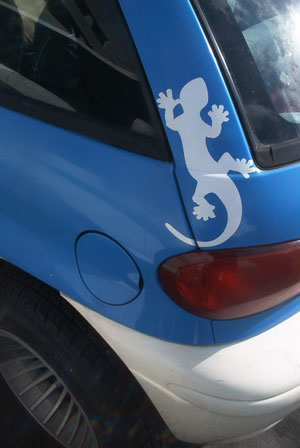 Custom made decal to match my tattoo, from the same photoshop file. 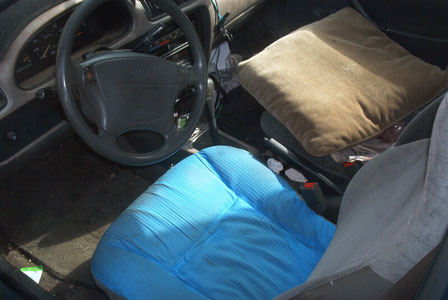 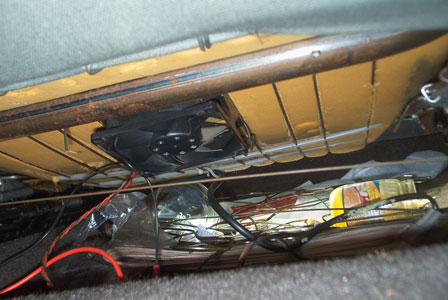 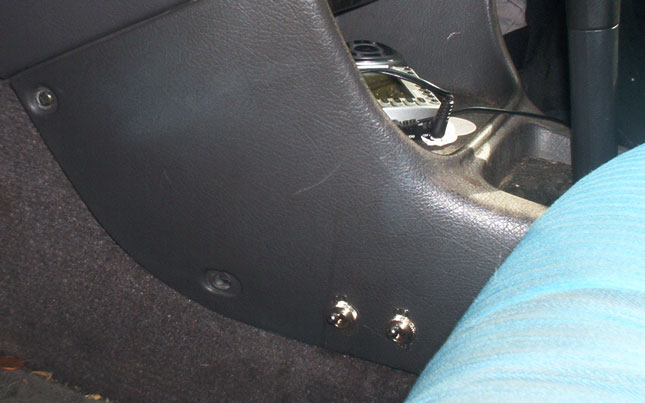 I'm a Bay Area native, but now live in Sacramento. The summers are not polite out here.  The AC works great in this car, but never gets between you and the 135 degree seat.  In comes the ventilated seat (partially complete).  I cut a hole in the seat bun, strapped a case fan to the bottom, and recovered the seat in a layer of burlap and breathable canvas.  Subtle, but workes well, I now need to finish the seat back.

I've installed an interupt switch with a 440 Ohm resistor to make the ECU think that the IAT(intake air temperature sensor) temperature is 150 degrees F.  First test: went from 30mpg to 32mpg.

Back to finished projects